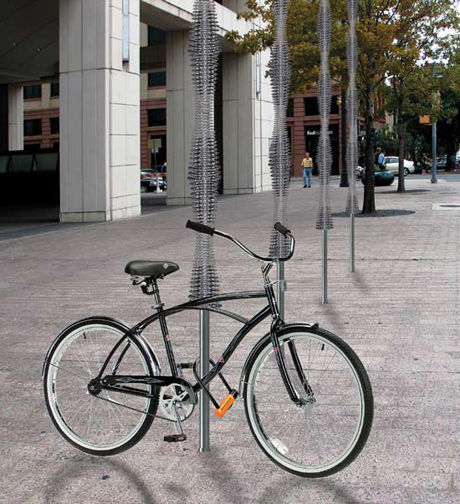 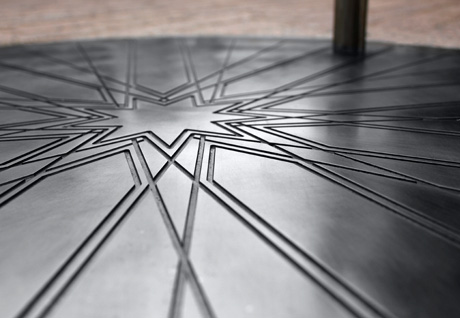 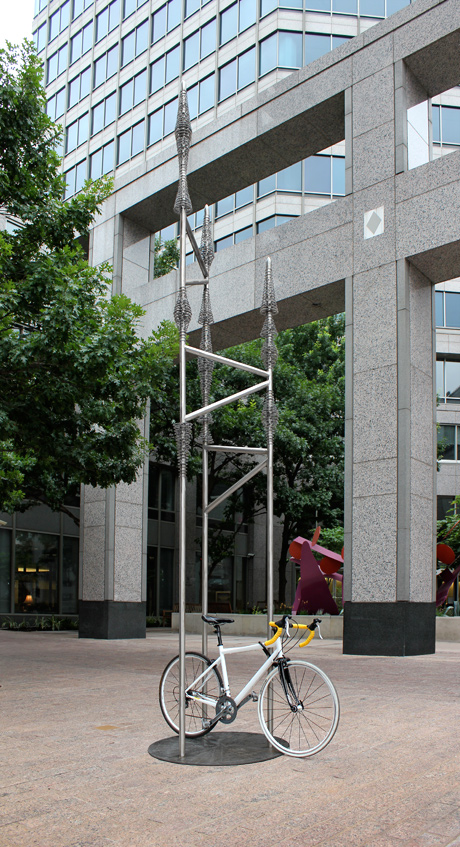 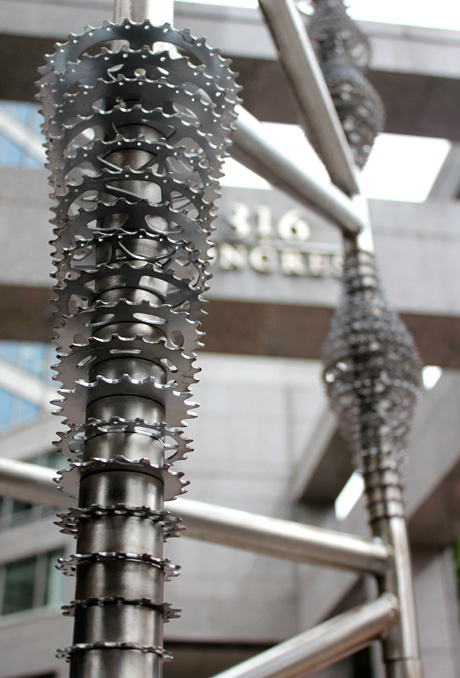 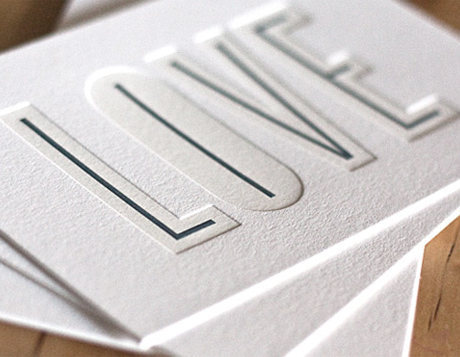 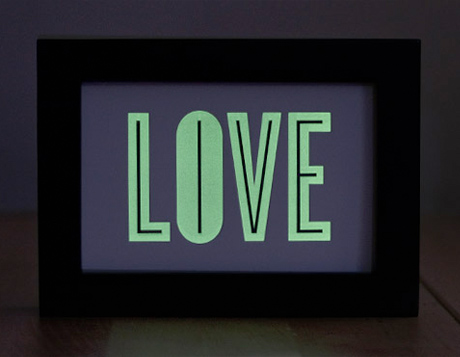 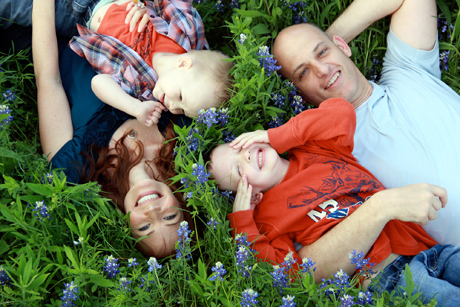 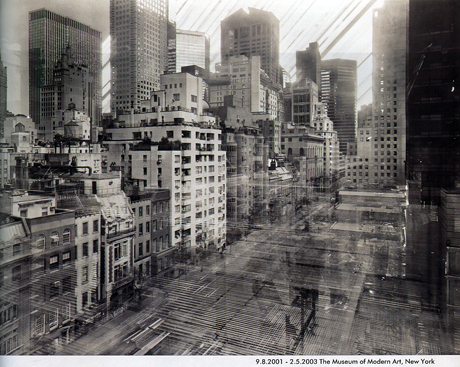 So I guess Michael Wesely holds the record for photos taken with the longest exposure…we’re talking years here, folks. This exposure documented the entire construction of the Museum of Modern Art (I’m not sure how exactly).

The photos contain the ghosts of the buildings as it is constructed; streaks
of the sun throughout the sky; and hundreds of little nicks, trails and
instances that elude to something happening during the long exposure.
The surrounding buildings stand solid and unchanged, a constant presence
in the otherwise changing environment.

Dana Tanamachi is a graphic designer and custom chalk letterer. I found her great work on various interwebs. I was pleased and relieved to learn that her chalkwork is actually hand-crafted and not faux-toshopped. Here’s video proof.

Is it too late to add these to my Christmas wishlist? Cause these things are pretty sweet…kind of like those Ninjabread men cookie cutters, but more practical. Sort of. Yanko Design has tons of cool stuff for design-minded folk: 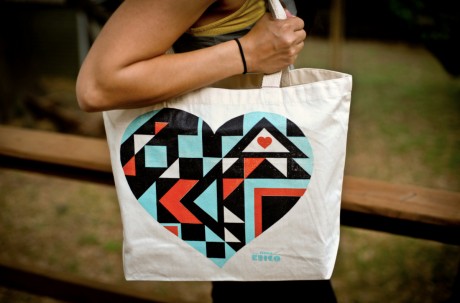 I feel bad posting about the Renegade Craft Fair I went to and not even mentioning my friend and coworker, who also had a rad shop set up. Erica Ellis makes sweet prints, jewelry and various folded paper items, all for sale at her Etsy shop:

I got an awesome print today from a designer with mad skills – Curtis Jinkins at Neighborhood Studio. He’s got a ton of his work for sale at his new website, which is pretty freaking gorgeous: http://www.neighborhood-studio.com/

Next I want one of his Animals A-Z prints… 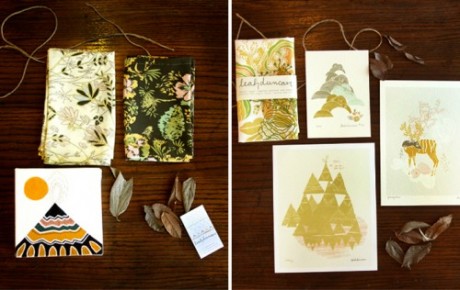 So this past weekend I went to check out the Renegade Craft Fair. I saw a lot of cool stuff from various local artists, but one of the most beautiful booths was Leah Duncan’s. She has a really good eye for color, and her pattern work is pretty sweet. Unfortunately, since the wife and I took the kids, we only had 12 seconds to look at each booth. And I think I said the words “Don’t touch” 623 times…

I took time later, however to check out Leah’s site. You should too:
www.leahduncan.com 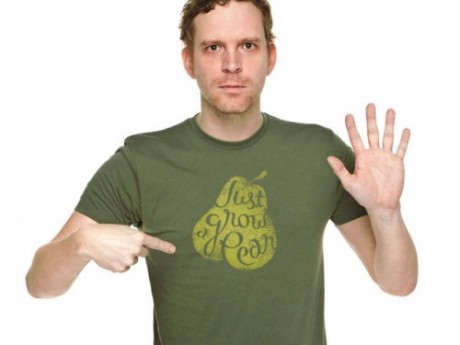 I have a tee shirt design that needs some votes in order to get printed. And, more importantly, in order for me to make some extra money. Please vote at:

A coworker friend of mine, Kevin Dunleavy, drew this sketch. It totally cracked me up. And, let’s face it, it makes about as much sense as the whole Occupy Wall Street movement, anyways. Except this version has a clear, unified purpose: destroy Michael Bolton’s career. Mission accomplished.

What can you do with fifteen feet of gold chain from Lowe’s, three inches of “fur fabric” from Joanne’s, and an old camouflage T-shirt?

Make everyone think you’re kinda weird, that’s what. Part of me thought it was freaking awesome, but most of me felt a little embarrassed wearing it. Oh well, it beats the year I was a “spoonicorn” and taped a spoon to my forehead the whole day.

You have to give Tyler Card credit for his efforts with his Halloween costume. It’s pretty sharp looking, but when you find out that it’s fully functional, it’s downright mind-blowing.